What To See & Do On The Isle Of Mull

The Isle of Mull has something for everyone; whether you simply want to relax or whether you are a walker, artist, photographer, golfer, diver, sailor, cyclist, angler, geologist or bird watcher. This beautiful island has over 300 miles of coastline. There are extensive white sandy beaches, sea and freshwater lochs, moors and forests to explore. The following is just a taster of some of the activities on offer.

There is a comprehensive information pack at Fingal Cottage with maps, leaflets and a wealth of further information for visitors.

White tailed Sea Eagles, one of Scotland’s biggest and rarest birds of prey, with a wingspan of up to six feet can be seen on Mull. In 1975 some young Sea-eagles were brought here from Norway (the first ones were released on Rum) and in 1985 they bred on the island. Since then over 200 White-tailed Sea eagle chicks have fledged here.

Golden eagles too are found in good numbers. Rarities such as corncrakes, merlins, peregrines and Hen harriers are all found on Mull, and woodland birds include redpoll, redstart, spotted fly catcher, black cap, tree creeper, twite, goldcrest, linnet and whinchat.

Seabirds you might see include Puffin, guillemot, razorbill, kittiwake, herring gull, gannet, Manx shearwater, storm petrel, arctic and great skua, Fulmars, Black Guillemot, Great Black Backed Gull, all nest in and around Mull, while Sooty and great shearwaters, and Gannets are all seen every year.

Lochdon is a tidal sea loch which provides a valuable source of food for many waders; it holds a wide variety of birds at all times of the year (too many to mention!). For more information see Mull Birds web pages, the Birdforum site is also an excellent resource. 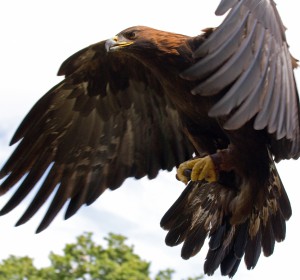 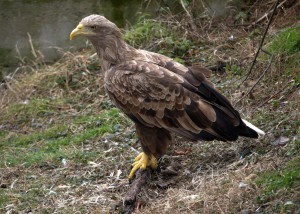 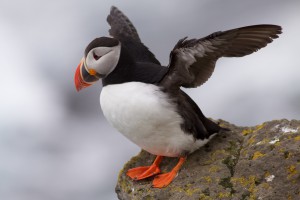 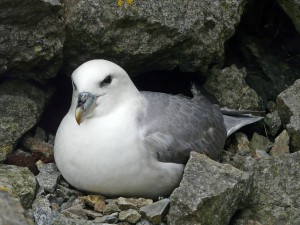 For history lovers, the Isle of Mull has a lot to offer. It is widely understood that Mull was inhabited shortly after the end of the last Ice Age, around 6000 BC; standing stones and stone circles can be found on the island. Archaeological sites include the stone circle at Lochbuie and a further complex of three groups of stones located near Dervaig. An Iron Age dun, Dun Aisgain, near Burg, is well preserved, and there are other iron Age strongholds at Dun nan Gall and Dun na Fheurain.

During the early Christian period in the 6th Century it is believed that Christianity was brought to this part of northern Britain by St. Columba, when he arrived from Ireland to set up a monastery on the Island of Iona just off the south-west point of Mull. The cottage is ideally situated for a trip to Iona, and it is well worth a visit.

Why not spend time at Iona Abbey – the Abbey and Nunnery grounds house one of the most comprehensive collections of Christian carved stones in Scotland, ranging in age from 600AD to the 1600s. The more energetic visitor might prefer to hire a cycle and explore the beautiful white shell beaches.

In the 14th century Mull became part of the Lordship of the Isles. After the collapse of the Lordship in 1493 the island was taken over by the clan MacLean, and in 1681 by the clan Campbell. Mull boasts such historic buildings as Duart Castle which is open to the public from Easter to September. There are other castles including Aros castle, Moy Castle (a small castle on the shore of Lochbuie which is the empty tower of the MacLaines of Lochbuie) or the 19th Century Glengorm Castle, where you can enjoy lunch or browse in the art gallery.

Legend has it that the wreck of a Spanish galleon, laden with gold, lies somewhere in the mud at the bottom of Tobermory Bay.

In 1773 the island was visited by Samuel Johnson and James Boswell during their famous Tour of the Western Islands.

The mausoleum of Lachlan Macquarie, Governor of New South Wales from 1809 to 1822, may be found in the village of Gruline on the island; Macquarie was born on the nearby island of Ulva.

For those preferring organised tours, there are a variety of operators including:

Activities and Walking on Mull

There are some fantastic walks on the island and the cottage has maps and information to help you plan any excursions – whatever your level of ability.

You can also do guided walks if you prefer, for instance Mull Magic do guided wildlife walks.

For the keen golfers amongst you – visit Tobermory Golf Course, described as one of the most beautifully situated golf courses in the world. Meanwhile Craignure Golf Course with a challenging nine holes (and one of the most scenic you are ever likely to play), is only 2 ½ miles away.

There are some fantastic beaches on the Isle of Mull.

There are many places to eat on the Island, these include:

Please note that the links to these sites are entirely independent of this website and its authors. We cannot guarantee the validity and accuracy of the information provided on linked sites and take no responsibility for the content therein.